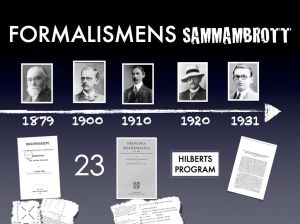 Popular science talk about Alan Turing, father of Computer Science, intellectual giant of the 20th century, persecuted by his own government despite helping to win the war a few years earlier.

The talk describes the intellectual environment for Turing’s work, going back to the formalist endeavours of Russel and Hilbert and culminating in Turing’s definition of the “Univerval Machine,” known today as the Turing machine and the birth of the computer; the cryptoanalytic work of Turing’s group at Bletchley Park for breaking the German coding machine Enigma; and a brief appraisal of the role of Computer Science in today’s technological and scientific reality to establish the importance of Turing’s work.